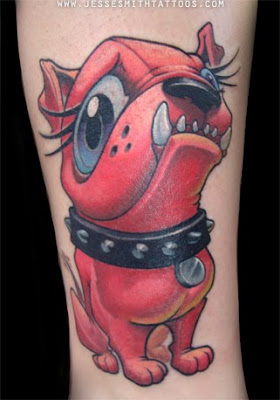 "Apple stood out, not only because of her vibrant color, but also because of her bubbly personality. She was a great dog, but she kept many secrets. Secrets that will soon find their way to the surface."

I tattooed this piece on Scott Olive's girlfriend while doing a guest spot at Oddity Tattoo in Sarasota, Florida. The piece took me about 4 hours total. 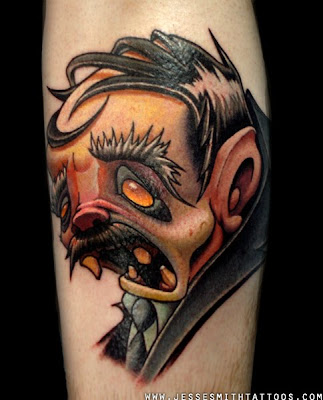 "In the beginning he had nothing but good intentions, but the more time he spent in the company the more he lost of his original self."

Had a "no-show" for my Saturday slot at Tattoolapalooza in Miami this past June so I squeezed this piece in. Sketched the entire piece on with marker and knocked it out in about 3.5 hrs. 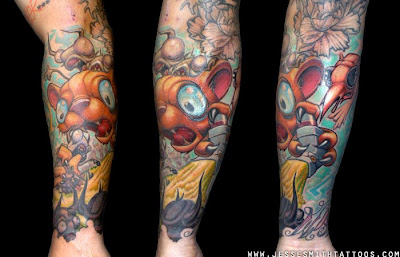 A fellow tattoo artist from Greensboro, North Carolina drove up to get this piece from me. He asked me to put together a piece that would represent all of his allergies so I drew up a cat trying to defend itself from a shrimp and some dust mites with an inhaler. This piece took me roughly 15 hours total. 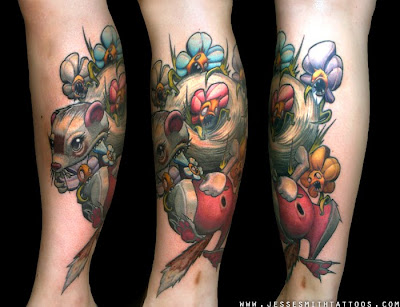 I created this piece as a memorial for my client's late ferret who used to eat all the plants in her house. She flew in from Ontario, Canada twice for a total of 13 hours to get this piece. 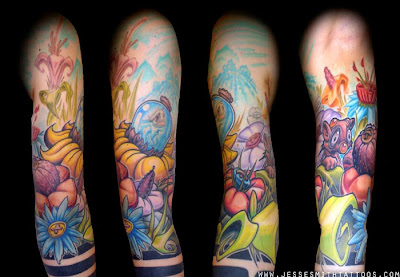 Tattooed this piece on a good friend of mine named Heather. Never really been a fan of drawing flowers, but she let me sneak a couple of little critters in there to keep me entertained. 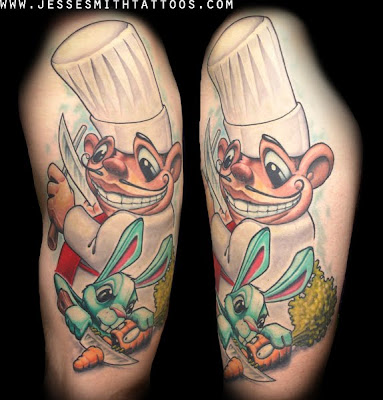 This tattoo illustrates a day in the life of one of my soccer buddies who is a master chef at the infamous Shafer Court. It took me about 15 hours to complete. 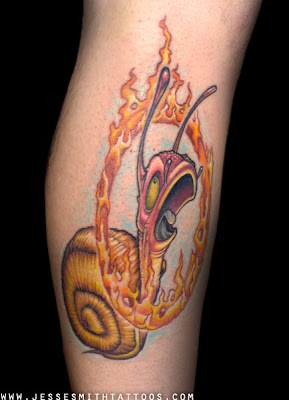 Just because you were born slow doesn't mean you can't excel. 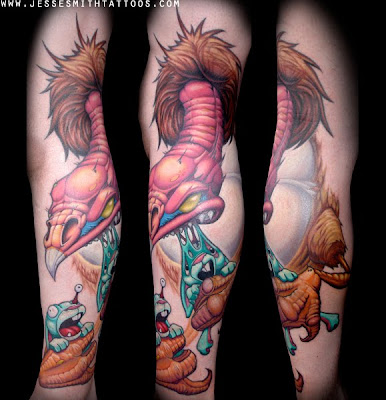 Tattooed this piece on my buddy Ryan a couple of years back down in Cocoa, FL. He had originally asked for a vulture on the side of his calf which I was really excited about tattooing. I sat down, started to draw, and got a little carried away. Fourteen hours later, this is what he ended up with.