Survived and enlarged of property, what will Economous do now with his entry into a wider wilder world? What great heights of confidence and action will he now achieve from such wondrous happenstance?
I like that you get to see my "working in progress": the blanks and spaces that must occur until things are fully fathomed. Writing happens by layers, I have found, rather than some great single largely correct out-pouring - or maybe that is just my limitation. Ah well, as long as it gets writ, I do not mind.
It was noted some posts back that the tree in the Lapinduce' court in Factotum was a walnut, but that I had got it wrong in this story as an olive: I have, alas, been too subtle it seems, for my intent in this was to highlight that we were in fact in a different region to the one Rossaümund found himself - that the Lapinduce has more than one court. Indeed, tho not stated, my thinking was that Economous was met in a more "public" area whilst Rossaümund had been granted entrance into the deeps within the great Cunobillin's parkland realm. I have surely dropped the ball at times, but not in this case I hope.

I am also very gratified to learn that the tale (up to now at least) has not perhaps taken any presumed routes: I hope I might continue to keep you guessing (for your entertainment, of course, and not just for the sake of it or to some how fell "cleverer"). 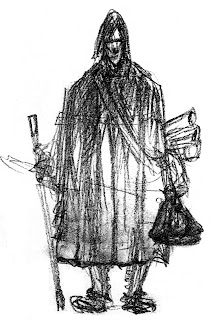 © D.M.Cornish
PLEASE DO NOT PUBLISH OR REPRODUCE WITHOUT MY PERMISSION

Chapter 5 PART 1
Wretched Obscurity
concometrist ~ definition …… Properly the Amicable Fraternity of Athenaeus, a great and learned father of history, said to be the last great scholar of Phlegm and the first king of the Attics …………MORE………
The chase lead him back and about through trees, the over-sized rabbit called Ogh proving every bit as fractious as its twin, leaping on and on, pausing just in view then springing away when Economous hurried near only to halt once again and wait to be pursued. Fumbling and faltering, hands reaching grasp for his stolen satchel if ever he was near enough to Ogh to try, Economous was unwittingly drawn to the very gates of the Moldwood. Here before the very foot of the now closed park gates, the rabbit-thief simply dropped the satchel and job done, leapt away into the dark before Economous could do another thing.
Frame heaving as he caught his breath at last, the would-be fabulist jogged to a halt and snatched up his bag, looking up at the black-iron gate – now shut at days end – as he did. A sly smile twitched at the corners of Economous’ mouth as he considered that the gate was likely locked and that he was held within the park for the night, forcing the Duke of Rabbits to play host again, at least until morning. He gave the wrought frame a single testing tug and found with a start and sinking wind that it came open. Someone is not doing their duty, he thought with a sharp look to the cheerily lit windows of the gatekeeper’s cottage built into the very stone wall of the park.
Hurrying home as full night took hold, Economous was glad it was dark. For, if it was day he was certain all could read upon his face that he possessed the wondrous, outrageously damning knowledge of a monster found in the inner-most precincts of the city; a nicker-lord dwelling undetected behind the many rings of curtain wall raised over centuries to keep such dread things out. Uncomfortable feelings leapt up painfully from long unheeded wells of childhood memory. His fellow townsfolk of Lo had regarded him with perplexing caution after his survival from the harthwood savaging, and he was certain all the nameless city-living souls passing now about him on the slate-cobbled walks were casting the same sceptical – almost accusing – looks his way.
Somehow found his way home. Up the tight stairs, door opened then locked again against all the suspicions, he lay abed his soul and mind animated by perplexing combination of relief to be off hostile streets and a low aching kind of grief at so brief a time with a king of monsters so abruptly concluded. Agitated and sleepless, he took out the mystic black elder calibrator – his fee for services rendered – from is bag. The instant he grasped the mystic wood a buzzing – quick, almost alive – transmitted into his palm and up his arm. What was this thing he had been paid, this object of the monster world? Was it everyman-made, or monster-made? Did monsters even makethings? The Lapinduce would surely have the answers – if only Economous had thought to ask such wonders before he had been so suddenly ejected.
“That does it,” he said in a flash of clarity to the steep, thickly beamed ceiling.
He would make good on his declaration to return fully equipped to the Lapinduce’s lair to paint a proper, wall-worthy daub of the great creature, something to even begin to approach some small beginning of parity with so extravagant overpayment.
Thus resolved, Economous closed his eyes and remembered nothing more until morning.
*          *          *          *          *
Again and again, Economous returned with easel, paints, brushes and canvas to seek the Rabbit Duke out, searching far into the trees, spending whole days on nothing else, trying to retrace those steps on that wondrous day that had lead him to the monster-lord. Yet every time he was certain he was on the right trail, it just deposited on the far side of the Mouldwood – by the street known as the Dove – or simply lead him back where he had begun. At other moments on promising trails he found the threwd about him grow so heavy and daunting that he actually staggered under its invisible, formless pressure and weeping with frustration, was forced to withdraw. This at least was some small confirmation in the midst of his growing self- rebuking doubt that somethingdread and intelligent dwelt in the park.
For an entire week and into the next Economous employed himself in this fruitless hunt, careless of washing, of changes of clothes, of eating, missing his single, precious weekly meeting with Asthetica in his obsession. It was a great outpouring of effort to round out the year and it produced nought: he never saw the Lapinduce again, nor even once glimpsed either of the over-large buck-rabbits that were the urchin’s servants.
Yet it was a letter found forced under the jamb of his garret door that finally brought him to sense. It must have been hand delivered, for all official post always came by the intermediary of Missus Everrest, his patient yet scornful landlady. The hand that had written his name so elegantly upon its facing fold was unmistakably that of his beloved. It read:
Mister Musgrove
You are missed.
It was concluded by a stamp of the ellegant manu propa – the personal sign – that Asthetica had formed for her at no small fee by the notable manua proscripta writer, Blandus Sandle. 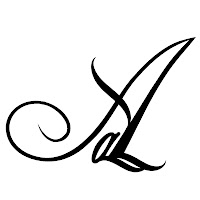 That was the entirety of the message, but its effect was like a blow.
Taking a hold of himself, Economous left his garret, went down and sat outside upon the stony bunkhouse step to write a reply to leave with Madam Grouse. Being the middle of a Solemnday – indeed, the second to last day of the year – he knew well enough that his beloved would not be at her home but working as all the most modern lectry-class girls did these days. Stylus hovering above a blank letter page, he blinked up at the sky, a dazzling stripe within its frame of steeply peaked half-house roofs and many many jutting chimnies.
About him the Brandenbrass hummed with a very tangible expectancy of Lestwich – the last day of the year – a defiant show of enthusiasm to push back the heavy expectation of sudden disaster that had gripped one and all since Winstermill’s fall. On the lane before him that went down to the markets and along the street on either hand, wreaths and withies of boxthorn – the traditional monster deterrent – festooned every transom, ledge and lintel in far greater number than Economous recalled from any previous year-sending. Intersped with these were hung small flags of empire and of city: the golden Imperial owl against a barred field of rouge and leuc – red and white, and a rabbit in ducal blue against bars of leuc and sable – black and white, flying together in heightened anticipation of the Emperor’s imminent arrival in the new year. Not normally given – like all good concometrists – to the common mania for anything Imperial, Economous found that he too held a small but certain thrill at the thought of the Emperor, Procrustès IV Clementis Rex Haacobin himself – and his grand court with him – stepping the streets of Brandenbrass. The formally stated cause for the visit was the display of yet another Imperial grandson and continuing addition to the posterity of the Haacobin line: the very child whose arrival into this vexing world had prompted the changing of the spring-time months. Yet in actual purpose it was far more their great imperial father coming, bringing comfort to them all.
Tapping stylus to chin for a further pondering moment, Economous watched the cerulean-hued sigil dancing upon the city’s flags: Con Robbart was the name common souls had for it – Cuniculus Robustus, the Stalwart Rabbit. Did Brandenbrass’ masters know just how present and apt a symbol it was? The general reckoning was that the sigil simply stood for the crowd of rabbits that infested the nooks and shadows of Brandenbrass. Had the historied founders of this grand, long-thriving city once actually known who it was that dwelt in their midst? Had they knowingly built their city about the dread monster-lord? How else could it be that the Moldwood had been so long preserved despite the centuries of ever-increasing expansion and crowding demand? Coming quickly, one upon the next, such shocking thoughts came like a blow, yet as disconcerting as these might have been, the final conclusion came with all the sting of a ringing slap:
Do the current lords know even now?